During our Before school program Tim and Ben began stretching on the floor, “I’m sooo tired” Ben exclaimed as he stretched his body as long as he could. “Would you guys like to do some yoga?” RECE Dakota suggested, the group became excited, “yeah” they shouted happily. Tim, Alayna, Hunter, and Ben each chose a spot in front of the iPad where they would have enough space to move around, exercising their spatial awareness and teamwork. 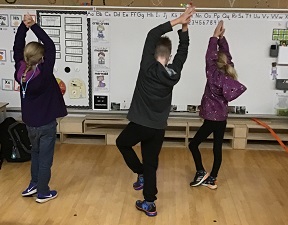 “Whoa, I can’t stay still” Tim said while he tried to balance for the tree pose, “try to look in one place so you don’t fall over” Alayna kindly suggested.

Through  these stretching excercises the group expanded  their language and knowledge of the human body, during the boat pose Tim became very tired, “my abs are starting to hurt” he grunted, “what are abs?” Hunter asked. Tim thought for a moment before answering, “abs are the muscles in your stomach” he explained. 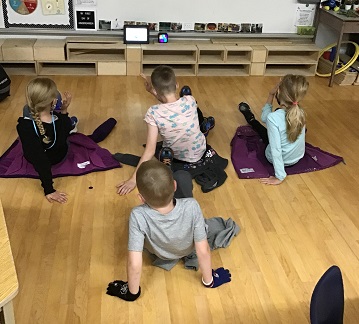 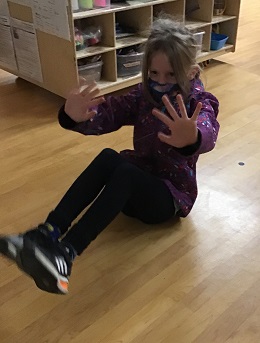 This gave Tim the opportunity to be a leader or teacher and build his self-confidence and self-esteem. Further, this was a great way to support the children in their self-regulation skills as they prepared for the day.