With the buzz of Halloween passing, what better thing to do with some old pumpkins then smash them? The preschool group was very excited to find pumpkins and gourds set out of the tables on our playground. After exploring a little bit, Rosie said, "Halloween is over. Why do we have pumpkins?" This question posed, provided a natural transition to bring out the hammers. The children got so excited when they saw the hammers, everyone gathered around as we went over the safety rules. The children patiently waited their turn to use the hammers. 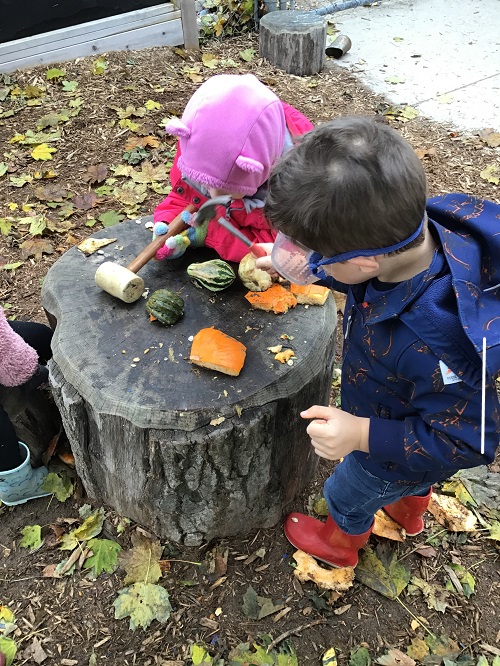 "Hulk Smash!" Nicky said as he hit the pumpkin with his hammer.

Jacob saw the gourd that was opened up and said, "Look! It has seeds!" 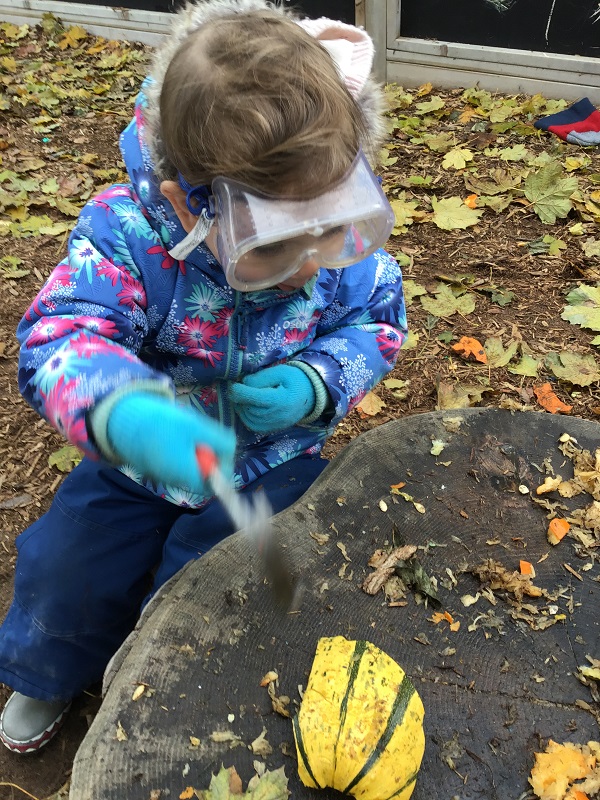 There was one gourd that very difficult to smash open. All the preschoolers took a chance at cracking it open. "It has a hard shell." Ronan observed. "I see a crack!" Calvin announced after Makenna hit it with her hammer. These preschool children were so persistent! With one, last smash of the hammer, the tough gourd finally opened up and the preschoolers cheered, proud that their hard work had paid off! 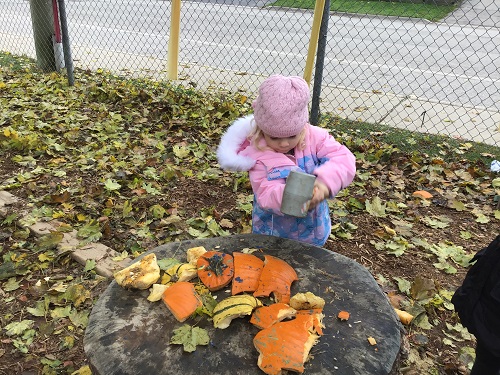 The children engaged in some deep play, using their motor skills to grasp and control the hammer. Letting the children have a chance to use real tools helped them to understand the idea that we can use tools to help us accomplish tasks. It helped them to learn about safety and following rules, and as you can see, it helped them demonstrate perseverance!