One morning while a parent was dropping off they asked the staff in the toddler room at RisingOaks Early Learning | Our Lady of Fatima if it was normal for a turtle to be on the playground. Educator Laura looked at the parent confused, and the parent went on to explain how there was a turtle by the fence. This was definitely unusual for us and Laura knew what we had to do: we had to save this turtle and return it to it's home!

First Laura tried placing the turtle in a big bin so that it would have lots of space to move, but she and the toddlers quickly discovered that the turtle could climb out of the bin! She brainstormed along with the toddlers what they could use and finally decided on a big deep clear glass jar! After filling it with some water and gently placing the turtle inside, we had a small habitat created where the turtle would be safe until we could bring it to the pond located behind the school. Layla suggested a rock could be placed inside, as well, in order to mimic the habitat a little more so we found a large rock to go inside the jar. 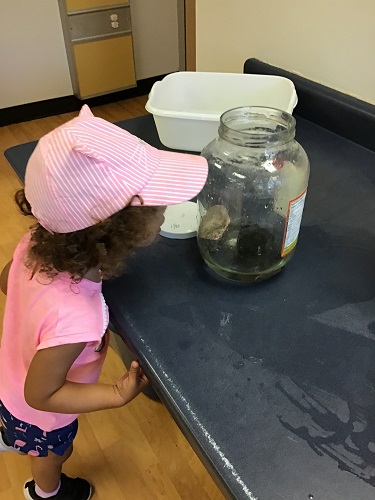 Having the turtle in the classroom was an exciting experience for the toddlers, and even the parents were eager to hear about our discovery! To help the toddlers understand more about the turtle we listened to some songs on the iPad and watched videos of a turtle! We even found a few turtle toys to bring out and watched as the toddlers engaged in dramatic role play as they acted out what they saw the turtle doing in it’s makeshift home. 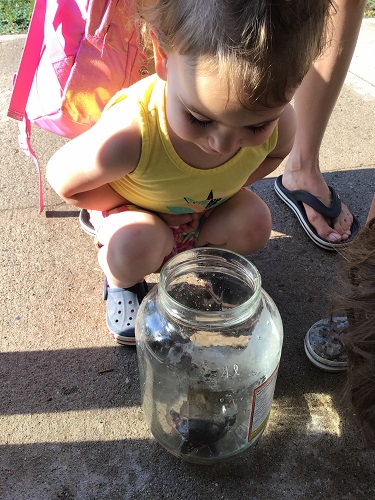 Finally, it was time to bring the turtle home! Together we walked behind the school to the pond and laid the jar down in order to give the turtle the freedom to walk away at his own pace. We discovered that turtles move fairly slowly, but as he walked away the toddlers all cried out “bye turtle!” “see you next time” “bye bye”! We explained how the turtle needed the pond because there was lots of water, and that turtles need water to survive, which was why we added water to the jar. “Turtle go to mommy” Layla said. 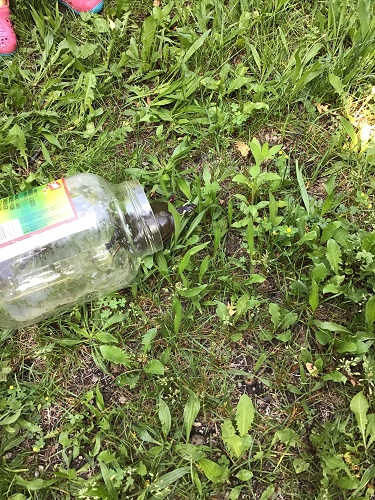 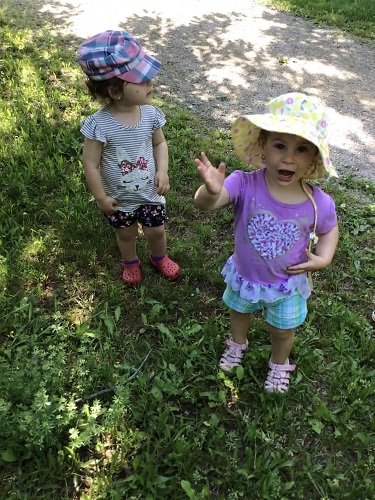 All day the toddlers continued to talk about the turtle and when parents came to pick up they were just as excited to hear about our trip as the children were to take it! This unexpected experience was a wonderful opportunity to connect the four foundations of learning. We were fully engaged with the children to learn about turtles, we connected with our community by setting the turtle free in it’s natural habitat and created a sense of belonging, we fostered expression by showing our excitement about the turtle, and we learned about the turtles wellbeing and how it relates to us (we all need water to survive!).