Who Can Fix It? Preschool Can!

Recently new toys were added to the preschool room, including a dramatic play tool box and tools. The children immediately showed interest in this new set of tools. They found projects all over the room to work on. 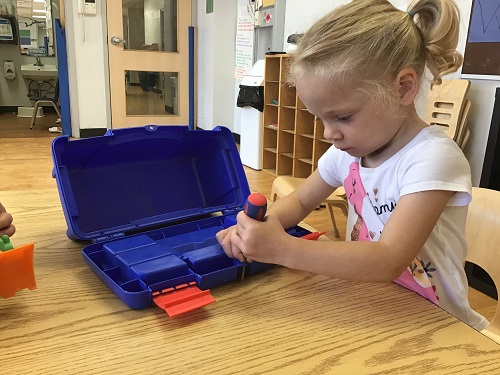 Emily was the first to explore the items in the tool box, finding the screwdriver and hammer. Using her imagination, she crawled under the table and pretended to screw in the screws. “The table leg needs fixing!” She announced to her peers nearby. Isaac, Ronan, and Willie took a different approach to the tool kit, taking it over to the doll house and working on that. “I need to fix the wires” Isaac told his friends. “Okay and we will do the roof!” Ronan replied. 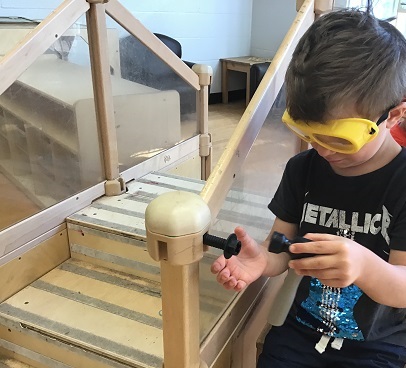 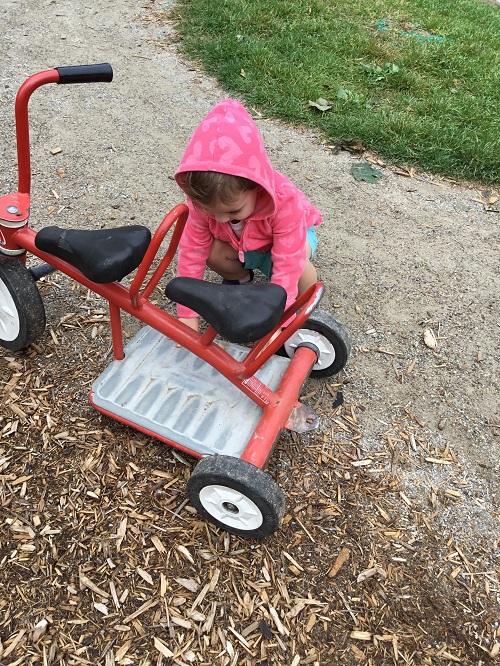 Chloe used her imagination during outdoor play as she turned into a mechanic to fix her bike. Each of these children are engaging in role play. They are using the experiences that they see in the world around them and acting them out further their understanding of the world around them. They are sharing and communicating their ideas and knowledge of tools, and in turn gaining the same from their peers. I wonder what would happen if we brought in real tools and showed the children how to use them? What would they want to fix or create? Stay tuned!