School-age 2 students were showing a lot of interest in totem poles and inuksuks while they were doing a craft one day. They stacked rocks outside and were having conversations about scuptures when we decided to do a project on Indigenous cultures. We started by making two totem poles. They children used acrylic paint and painted pop bottles that were sterilized before use. Each child was given their own bottle to create a character that is represented on a totem pole. They then used felt fabric to design the features of their character.

Dylan said, “Every animal on the totem pole tells a story of the people in a family.”

Then Elijah added, “I am making the eagle so I will paint my bottle black and make the wings also black.”

Hubert who was listening to the conversation said, “I am going to paint mine green to make a frog with a red mouth.”

While the children were creating their part of the totem pole Theresa commented, “Well I don’t know what I want to make but I want it to look scary.” So, she painted her bottle blue and added blue and yellow features.

Avery painted hers blue with red mouth and large white teeth. When Cameroon saw that his eyes were opened wide and he said, “That is scary.”

Nora, Ezekiel, Xavier and Sophia all worked with a variety of other material to make their part of the totem pole special. Each character was then sacked on top of each other to create two totem poles.

Cameroon commented, “The eagles should be on top because they have wings.” There was a snow owl, a frog, a peacock, a chetah, two eagles, a wolf and many more! 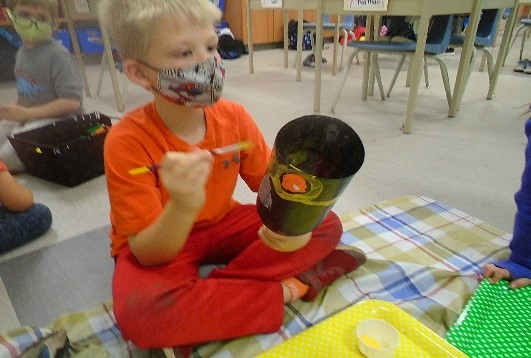 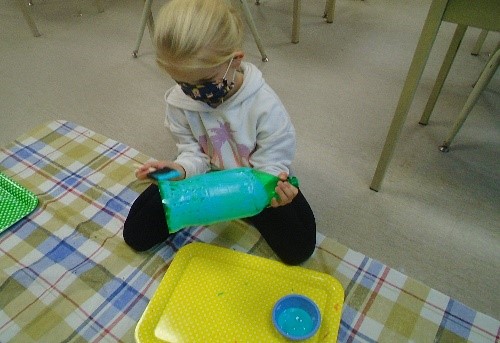 During the process of making the totem pole the children were given an opportunity to develop cultural awareness, inclusion and diversity skills. They took risk by using a hot glue gun and were able to share ideas and develop literacy and language skills through oral communication and researching information from books and the iPad. Although they worked separately, they were able to create something together. 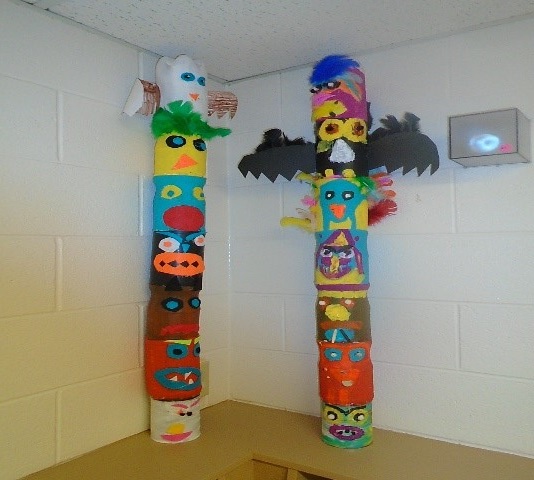 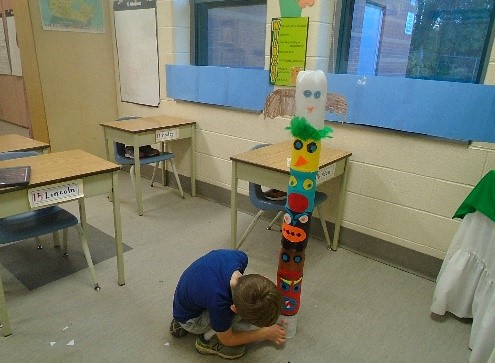