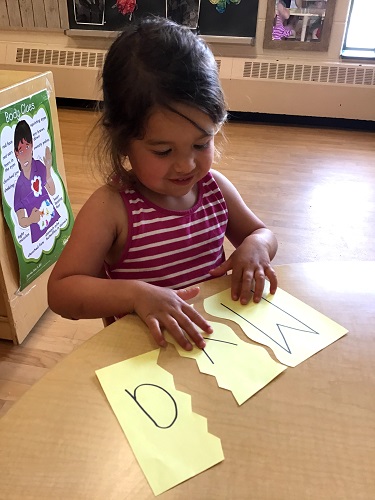 The children in the preschool room engaged in a name puzzle game that consisted of a piece paper with the letters of their name on it. Each letter was then cut up into a different pattern, which allowed the pieces to be put back together like a puzzle.

This is one of the great letter manipulative that can be used as it gives the children the opportunity to enhance their letter recognition skills as they identify each of the letters of their name, as well as determining which letters goes after the other as they complete their name. The children as well were able to identify differences between their names and their peer’s names, as they are capable on visually recognizing the differences between two letters such as the letter A and P.

As the children engaged in this activity they were able to foster their social skills as they talked amongst themselves, as they identified that other peers at the table had the same letters in their names as they did. This allowed the children to build positive relationships with one another, as they discussed similarities of their names. “I have an A in my name like you Alexis.” Said Mya. The children showed great excitement as they discovered that other peers had either one or more of the same letters in their names. “Samuel, you have an A, S and L in your name like I do!” Said Lucas with excitement. Furthermore, their social skills flourished even more as the children gave one another a helping hand to put their name puzzle back together. This allowed the children to feel a sense of belonging as they progressed through this activity.

In conclusion, the children felt a sense of accomplishment and proud after getting their names back together again either on their own or with a peers help. 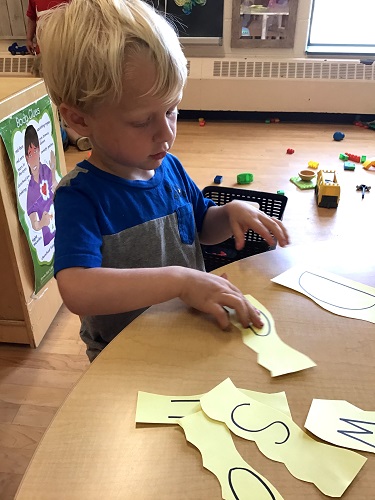 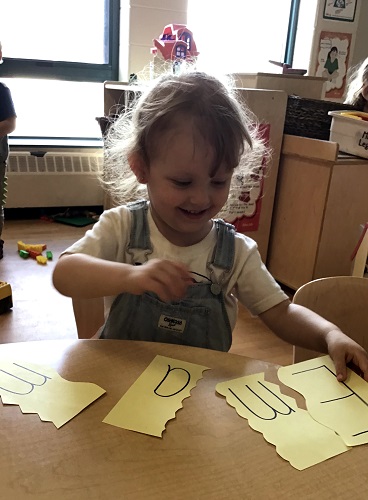